animateCOLOGNE _ Cologne Atrt & Animation Festival
has been introduced in 2011 as a new festival format by CologneOFF – Cologne International Videoart Festival, in order to pay the animation as a tool for artistic creations more attention, encouraging artists to follow new paths in contemporary art using moving images, and give the animation this way another and new authentic meaning. 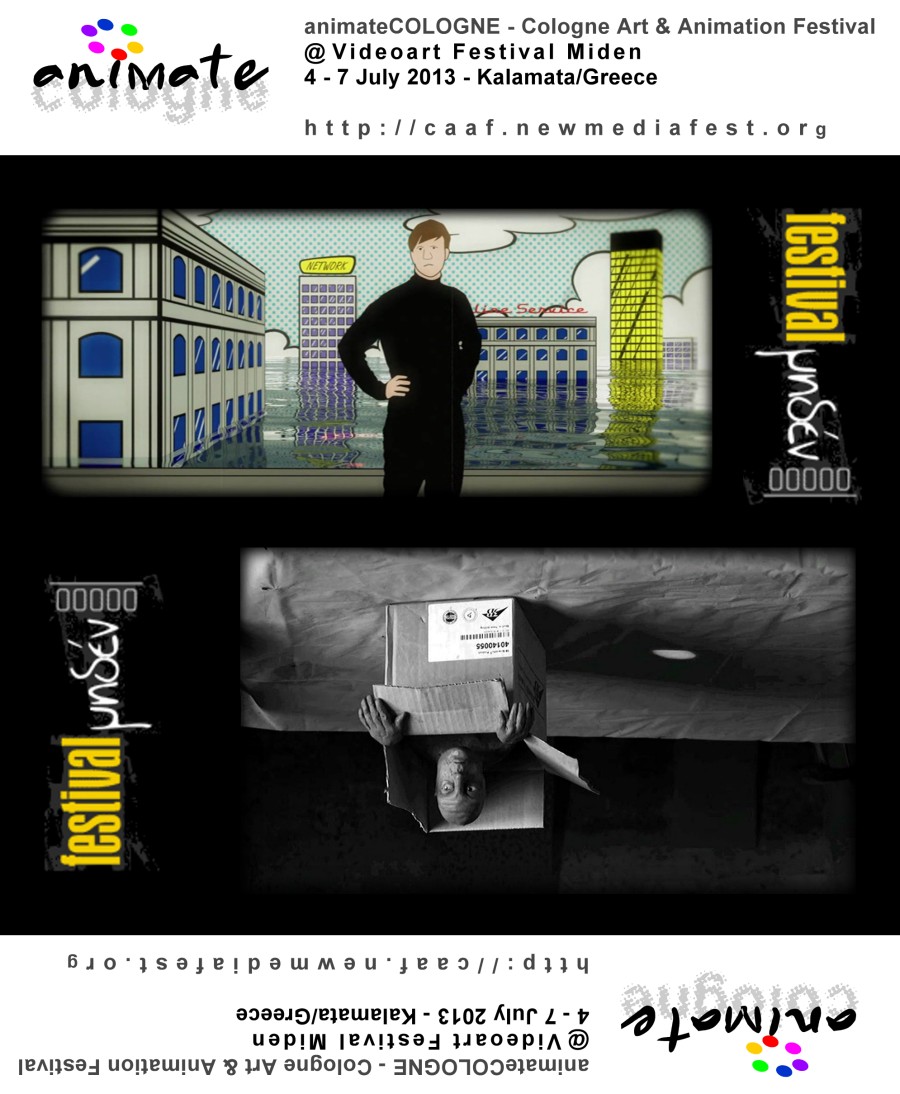 In this way, there are some points of contact to the classical animation film, as we know from cartoos, the use of puppets or the commercial digial animation films from the Disney Studios, but only in this sense, that the same tools are used for follwong concepts of art and enrich art, this way, via new levels of perception and reality.

But the artistic animation is also used in advertising and commcercial animation films, and vice versa artists use representing styles from commcercial advertising or are influenced by the famous animation studios, so that actually the artistic concept only counts, and this is handled by each artist individually. Including animation as an representing component in an art work is personalizing and individualizing the art work this way via a new authenticity. 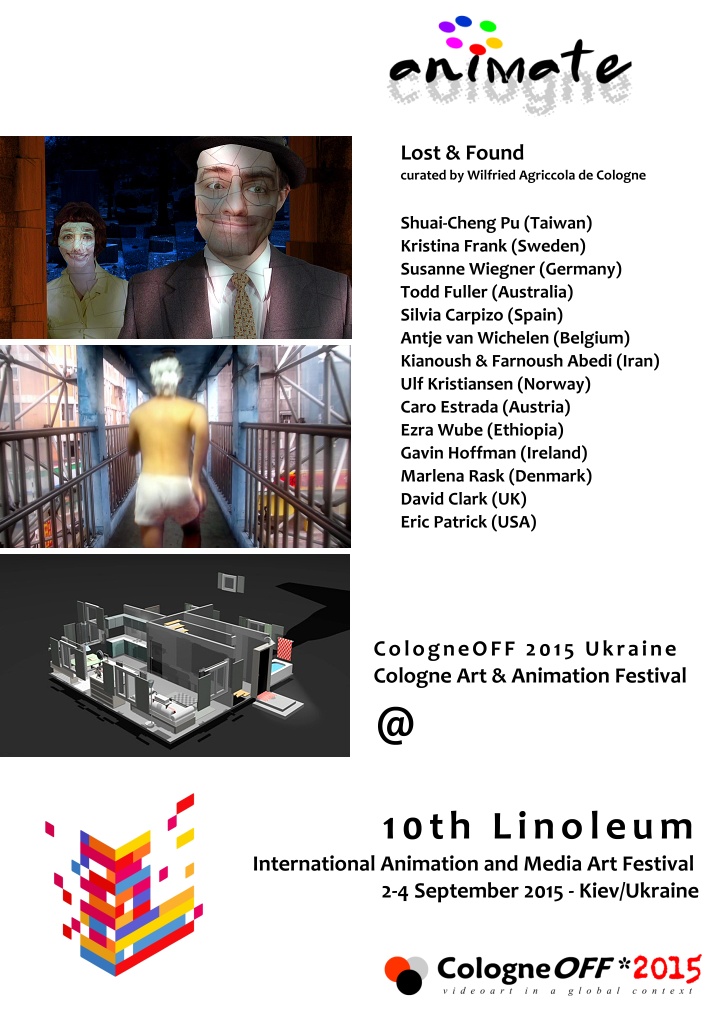 animateCOLOGNE
started in 2011 in the context of CologneOFF 2011 – videoart in a global context
with an inauguration edition featuring a selection from the collection of animated videos.